To make as much as the market needs. Allow workers to suggest how to facilitate work. Constantly analyze and improve the process. This is a small part of what he teaches philosophy of lean manufacturing. 87% of companies in Europe are implementing the following principles. Russia is still far behind.

- Russia is lagging behind in this regard. In almost all industrialized countries have long used similar principles. Of course, it is better late than never. Many Russian companies are already good examples in this regard. So I very much hope - said the head of the Japan Center in Nizhny Novgorod Hamano Mitihirov - that Chuvash companies catch up and overtake.

Lean teaches eliminate waste - that is, any activity that consumes resources but did not give the buyer. For example, what good customer that the product is in stock? Meanwhile, the storage costs in the Russian reality are often quite high.

- The Japanese, as they themselves say, constantly making improvements, they offer workers to do something. And we ... We used to live in the Soviet times, we do not want to change. We are still a huge number of companies that are shipping capacitors, such as boxes, a thousand, 10 thousand pieces. They do not want a thing to do. If all learn to produce as much as is necessary, but not as much as allowing the conveyor, it will avoid problems of overstocking, - said the director of procurement JSC "ChEAZ" Roman Nikulin.

But it is not all that bad. In Russia, there are companies who are using Japanese experts are adopting lean manufacturing techniques. However, it is not a quick process. It will take a year, or even three. But the results, say experts, is worth it.

- One of the clearest examples of the production system - a group of companies "Autocomponent" in Nizhny Novgorod. With this company Toyota Engineering Corporation has worked for more than 3 years. Just last year, experts of the site "management" to recognize the production system of the most mature and effective in Russia, - said Plenipotentiary Representative of Toyota Engineering Corporation in Russia Aleksey Sukhanov.

- There is a fine example in Russia, is the only one - is Tatarstan that implements the state national program of lean technologies in the country. 5 ministries implementing them 2 cities declared frugal cities. The economic impact is estimated tens of billions of growth of gross regional product, - the expert for the development of production systems Sergei Litti.

Workshop participants not only listened to the reports, but they themselves took up the optimization of production. Business game - assembling lamp with a clip. Little experience that teaches us to see the shortcomings and eliminate them in a short time.

- In my experience of working in Russia, dialogue with Russian businessmen, I can say that there are no obstacles to the development of its production system based on Toyota Engineering Corporation are not. Russian know how to learn, they are resistant. And if people understand why this is, then it will be an easier road to the development of its productive system, - the president of Toyota Engineering Corporation Toshio Horikiri. 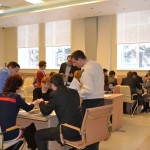 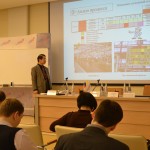 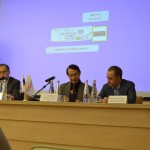 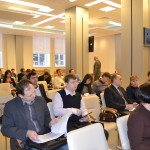 Received the status of cluster members!

The organizers of the Olympiad for schoolchildren of the Chuvash State University in mathematics, physics, chemistry, computer science and the Russian language for students in grades 10-11... END_OF_DOCUMENT_TOKEN_TO_BE_REPLACED

In order to maintain the production efficiency of organizations in the face of restrictions caused by... END_OF_DOCUMENT_TOKEN_TO_BE_REPLACED

On December 7-9, 2022, with the support of the Government of the Republic of Tatarstan,... END_OF_DOCUMENT_TOKEN_TO_BE_REPLACED

Center for prototyping in the field of mechanical engineering (part of the structure of the Center "My ... END_OF_DOCUMENT_TOKEN_TO_BE_REPLACED